Established as a non-profit organization in 1993, the Women Make Waves International Film Festival, (Taipei, Taiwan) has been one of the major film festivals in Taiwan and has established itself as the biggest one dedicated to supporting female talents. It is also the longest-running and largest issue-oriented film festival in Taiwan.

Women Make Waves International Film Festival, Taiwan aims to celebrate the achievements of outstanding female talents, to explore different aspects of women’s lives as well as promote equality and rights of all genders. By covering a wide range of genres, issues, and representations of women, WMWIFF seeks to promote great cinematic arts by female directors and to advocate gender equality through films with feminist consciousness and various subjects.

From all the submissions, the festival’s program committees consisting of film professionals select the films that will participate in all program sections. When a film is selected, the festival will notify the applicant by email no later than June 30, 2022. Please note that we won’t notify the films which aren’t selected.
Rules & Terms

◆The films submitted need to be directed at least by One FEMALE (including self-identifying female) Director.

◆International films eligible for entry must be completed no earlier than March 1st, 2020 except the films related to the following theme, Appearance Anxiety, Digital Sexual Violence, and Music. 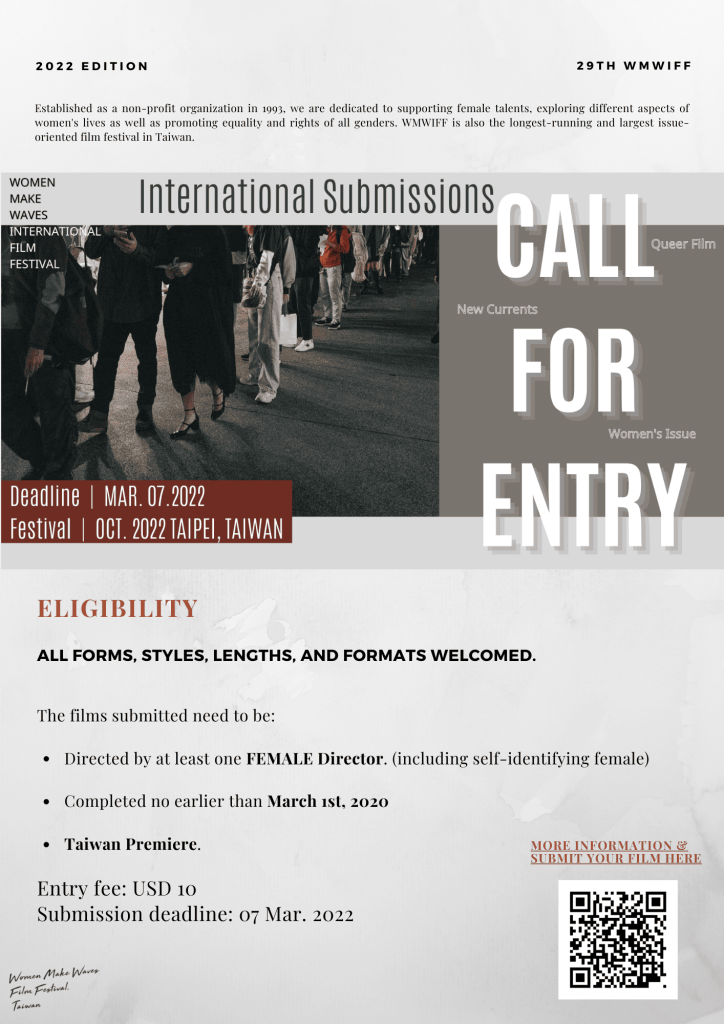