In short, these three methods are representing the essence of Mahatma Gandhi’s fight for the independence of India from the British Empire (15 August 1947)
At his time during the global conflicts of WWII, this was most unusual to propagate nonviolence instead of violence and war which was more popular in the uprising nationalism worldwide.
But Gandhi was successful, however, he was paying a very high price – he was assassinated like his likeminded follower Martin Luther King, while propagating nonviolence and, Nelson Mandela whose nonviolence finally succeeded only after he was sitting for decades in prison.

150 years ago – on 2 October 1869, Mahatma Gandhi was born, he was assassinated on 10 January 1948.
What can Gandhi’s methods tell us today?
They haven’t lost anything of their explosive force, think of the current movements of climate change, social equality etc, when “war” and enforcing conflicts are again an option. There is no politician on Earth who does not speak of war currently – War against the virus, against terrorism, economical, ethnical war, war for and against occupation, war against the own people etc!

The Wake Up! Memorial curated by Wilfried Agricola de Cologne is invited for preparing a program of artvideos to be screened in Kolkata at Birla Academy of Art and Culture on 2 October 2020 – Gandhi’s birthday, its a National Holiday in India and The International Day of Nonviolence.

The open call is addressed to audio-visual artists to submit one video dealing thematically with PPNRCD – Peaceful Protest – Nonviolent Resistance – Civil Disobedience.
While Gandhis achievements are representing the historical roots for later nonviolent political and social movements, the open call would like to spotlight incidents taking place after Gandhi’s death driven by the spirit of non-violence and humanity, think of Martin Luther King’s equal rights movement, the peaceful revolution of the German Re-unification or the liberation from the Apartheit in SouthAafrica, for instance, or current movements of climate change, or all the daily situations when people overcome conflicts via nonviolence.

The selected videos will form a collection as a basis for a new commemorative context in the framework of The Wake Up! Memorial online, as well as for screenings – the event in Kolkata on 2 October 2020 is part of NewMediaFest2020 in collaboration with The Birla Academy of Art and Culture Kolkata, The Wake Up! Memorial, A Virtual Memorial Foundation, The New Museum of Networked Art and Culture Monks India.

The Wake Up! Memorial
http://wake-up.engad.org 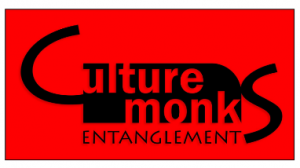 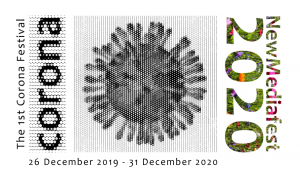 – extended deadline: Submissions until 15 September 2020 ongoing
– no age limit
– no entry fee
– submissions by film/video makersfrom all countries on the globe to be submitted exclusively online
– only 1 video can be submitted
– wanted: single channel videos in mp4 – duration between 1 minute and 10 minutes (exceptions possible)
– creations using language and/or text other than English need English subtitles
– the full-length films/videos may be produced between 2000-2020 The submission of extracts is not accepted!!
– the video has to be submitted in screening quality – mp4, HD (1920×1080) either via WETRANSFER or as download from VIMEO (download link)
– required: the title and name of creator at the start and the full credits at the end of the video (including at least: title of video, name of creator, year of production and copyright)
– selections are made immediately on a incoming and ongoing basis
– The Wake Up! Memorial is looking for innovative and experimental approaches in dealing with contents and technology
[/netex_box] [netex_box title=”Entry Form – please cut and paste
and send the completely filled in form as plain email text” style=”default” box_color=”#333333″ title_color=”#FFFFFF” radius=”3″ class=””]

Please add this declaration & sign it with your full name & email address
\
I, the submitter/author, declare to be the holder of all rights on the submitted work.
In case the work is selected, I give – until revoke – The Wake Up! Memorial the permission to include the work in the project context online and in physical space for screenings /exhibitions and the use of screenshots for non-commercial promotional purposes free of charge. Until revoke means, that the author can remove his work at any time. The work will be removed within 3 months.
//

Please use this email address for submitting
artvideokoeln (at) gmail.com
and following subject line “Gandhi – PPNRCD”